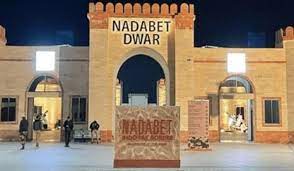 Prime Minister Narendra Modi has urged the citizens to visit Nadabet and other border areas as part of Seema darshan to further tourism.