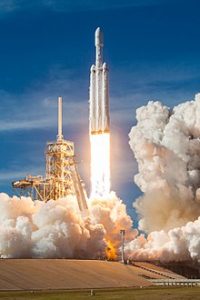 On November 1, Elon Musk-owned SpaceX launched the Falcon Heavy rocket into a geosynchronous Earth orbit from the Launch Complex 39A at the Kennedy Space Center in Florida, U.S.