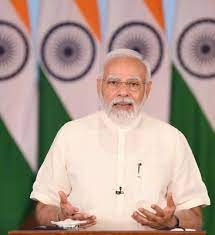 The ‘Garib Kalyan Sammelan’ in Shima, Himachal Pradesh was addressed by PM Narendra Modi. This programme was organized to mark the completion of eight years of the Narendra Modi-led government.