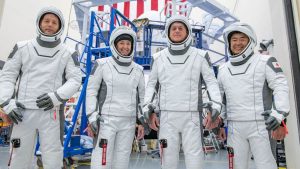 A SpaceX capsule with four astronauts returning from the International Space Station splashed down safely in the Gulf of Mexico on May 2, 2021.