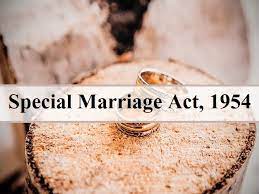 The Supreme Court dismissed a writ petition challenging the Constitutional validity of certain provisions of the Special Marriage Act, 1954 under which couples seek refuge for inter-faith and inter-caste marriages.