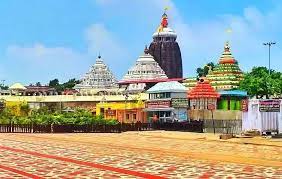 In a historic decision, the Odisha state cabinet has approved amendments to the Sri Jagannath Temple Act of 1954.