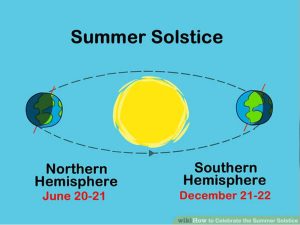 21st June is the longest day in the Northern Hemisphere, technically this day is referred to as Summer solstice. In Delhi, the day length is around 14 hours.