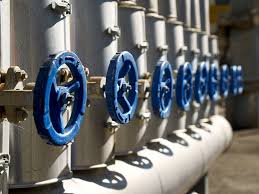 The U.S. announced the banning the import of Russian oil, liquefied natural gas, and coal to the country.