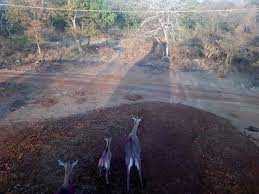 An uncommon experiment with Africa’s Boma technique undertaken at Keoladeo National Park in Rajasthan’s Bharatpur district for capturing and translocating spotted deer is set to improve the prey base in Mukundara Hills Tiger Reserve, situated 450 km away.