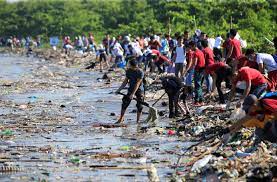 The Ministry of Earth Sciences has launched a Coastal Clean Up Drive under Swachh Sagar Surakshit Sagar Campaign to clean 75 beaches across the country in 75 days.