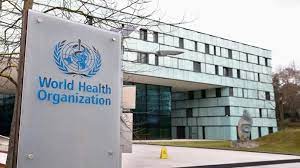 According to a recent report by the World Health Organization (WHO), five billion people globally are exposed to harmful trans fat, which is increasing their heart disease and death risk.