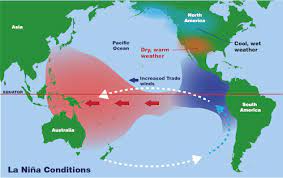 The Australian Bureau of Meteorology on September 13 confirmed the occurrence of La Niña phenomenon for the third consecutive year in the Pacific Ocean.