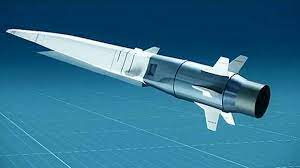 Russia has fired its Tsirkon (Zircon) Hypersonic Cruise Missile from a warship in the north of the country.