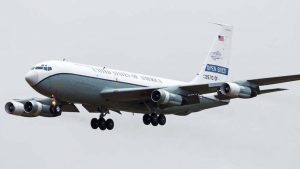 US administration led by Biden does not seek to re-join Open Skies Treaty with Russia.