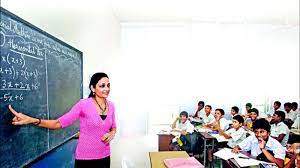 A position paper by the Karnataka government on the National Education Policy (NEP) 2020 has described Pythagoras’s theorem as “fake news”.