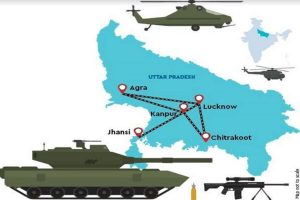 The Prime Minister visited the exhibition models of the Aligarh node of the upcoming Uttar Pradesh Defence Industrial Corridor.

Defence Industrial Corridor of UP: