What Is Bucharest Nine? 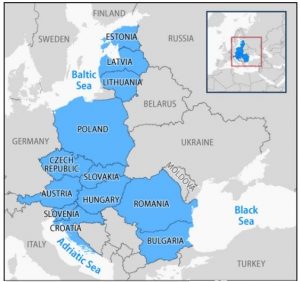 The Bucharest Nine (B 9) rejected the Russian claim about the eastward “expansion” of North-Atlantic Treaty Alliance organisation (NATO).