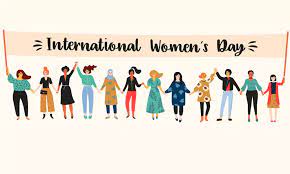 Women’s Day is celebrated every year around the world on March 8.