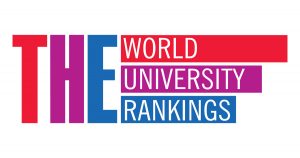 The Times Higher Education (THE) rankings 2023 were released.

Highlights of the Ranking: