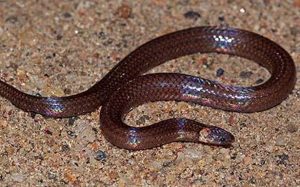 A tiny snake “Xylophis deepaki” has been named in honour of Indian herpetologist Deepak Veerappan for his contribution in erecting a new subfamily Xylophiinae to accommodate wood snakes.