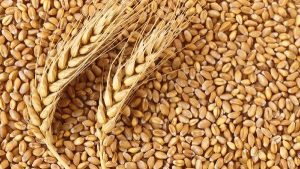 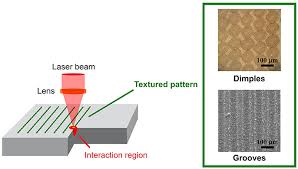 3.Rebate of State and Central Taxes and Levies (RoSCTL): 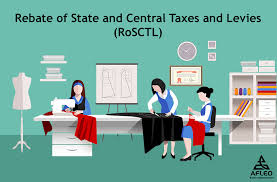 The Union Cabinet has given its approval for continuation of the Rebate of State and Central Taxes and Levies (RoSCTL) from 1st April 2020 onward until it is merged with the Remission of Duties and Taxes on Exported Products (RoDTEP). 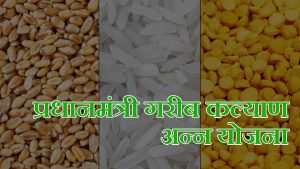 Apart from this, the funds allocated are to be spread across several other government schemes

1. There are scientific basis and epidemiological significance for the 21-day lockdown period announced by PM Modi. In epidemiological terms, the logic is that we have arrived at an incubation period of 14 days. Give another week for the residual infection to die out, for the tail end, to be entirely safe, and you arrive at 21 days.

2. Recently, the Centre has approved a ₹1,340-crore recapitalization plan for Regional Rural Banks (RRBs). The move is crucial to ensure liquidity in rural areas during the lockdown due to the COVID-19 crisis

3. The Indian Council for Medical Research (ICMR) has approved three other centres, alongside the National Institute of Virology (NIV), as agencies for approving diagnostic kits.

4. Recently, the National Green Tribunal (NGT) has directed a committee to assess the amount of damage caused to the environment due to the dumpsites (legacy waste) in Delhi. The committee comprises representatives from the Central Pollution Control Board, National Environmental Engineering Research Institute (NEERI) and IIT Delhi. Legacy wastes are the wastes that have been collected and kept for years at some barren land or a place dedicated for Landfill (an area to dump solid waste).

5. Election Commission has decided to allow usage of indelible ink on persons for stamping for home quarantine by health authorities in view of COVID-19. Indelible ink refers to the violet-coloured ink in India that is applied on a voter’s forefinger after she exercises her vote. It is known to contain silver nitrate and is manufactured in secrecy. Indelible ink remains bright for about 10 days, after which it starts fading.

6. Recently, scientists from the Wadia Institute of Himalayan Geology (WIHG), Dehradun have found that glaciers in Sikkim are melting at a higher magnitude as compared to other Himalayan regions. The study published in Science of the Total Environment assessed the response of 23 glaciers of Sikkim to climate change for the period of 1991-2015.

7. All companies from the digital industry have decided upon temporarily defaulting HD & ultra-HD streaming to SD content or offering only SD content, at bitrates no higher than 480p on cellular networks until 14th April. SD or “standard definition” is 640 pixels wide and 480 pixels tall in the U.S. (Slightly larger in Asia and Europe, where the format is different). HD or “high definition” is at least 1280 pixels wide, and in a wider format than SD.

8. Recently, Indian Bank which is a public sector lender has announced special emergency loans for various categories of customers such as individuals, corporates, Medium, Small and Micro Enterprises (MSMEs) and self-help groups (SHGs), retail borrowers and pensioners in the wake of the pandemic COVID-19. It is expected that these credit lines will meet the immediate liquidity requirements of businesses and other sections of society.

9. National Book Trust (NBT) of HRD Ministry has launched #StayHomeIndiaWithBooks initiative in the wake of Preventive Measures of the Government of India to contain the spread of Covid-19. To encourage people to read books while at home, NBT is providing its select and best-selling titles for FREE Download as part of its initiative of #StayHomeIndiaWithBooks! The 100+ books, in PDF format, can be downloaded from the NBT’s website

10. The Confederation of Indian Industries has set up funds to assist rehabilitation of micro, small and medium enterprises. The fund is to be raised by the members of the confederation.

11. The International Monetary Fund recently launched the “IMF Policy Tracker”. The platform will provide all the key economic responses launched by Governments all over the world to fight against Corona Virus.

12. The United Nations launched the Global Humanitarian Response Plan to fight against COVID-19. The organization has allocated 2 billion USD to implement the plan. The plan has been launched in 51 countries of Africa, South America, the Middle East and also Asia.

14. The GoI had planned to conduct Census 2021 in two phases. The first phase was scheduled between April-September 2020 and the second phase was scheduled in February 2021. Also, the updation of NPR has also been postponed due to the spread of the Corona Virus.

15.US Marines and UAE Emirati forces conducted the biennial exercise, named ‘Native Fury’ at Abu Dhabi.
The exercise saw 4,000 U.S. troops from the Army, Marines and Navy position armoured vehicles and other equipment from Kuwait and the island of Diego Garcia in al-Hamra using a portable pier system

16.E-passes will be issued to those associated with essential services, such as vegetable-vendors, grocers and milk-sellers, to ensure smooth supply of items of daily use in the national capital during the 21 days national lockdown

17. All India Institute of Medical Sciences (AIIMS) as part of measures to contain the spread of coronavirus is all set to launch teleconsultation facility for non-COVID patients. Telemedicine can be used without exposing staff to viruses/infections in the times of such outbreaks. AIIMS has also developed a plan for hospital in-patient care service amid coronavirus virus crisis.

18. The U.S. Centers for Disease Control and Prevention has introduced an AI bot called ‘Clara’ to help people assess potential symptoms of COVID-19. The CDC has partnered up with CDC Foundation and Microsoft Azure’s Healthcare Bot service to create Clara, the “coronavirus self-checker” as it is currently only available in the US on the CDC website. It can quickly assess the symptoms and risk factors of Corona.

19. Odisha’s Chief Minister Naveen Patnaik launched “Mo Jeeban (My Life) programme for the containment of COVID-19 pandemic. Through Mo Jeeban programme, the people of the state are urged to take a pledge to stay indoors.