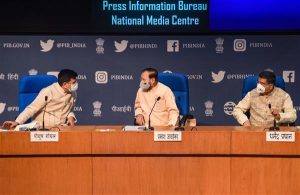 The Union Cabinet has approved the ratification of seven chemicals listed under Stockholm Convention on Persistent Organic Pollutants (POPs).

2.Supreme Court on Right to Protest: 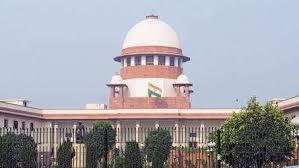 The Supreme Court (SC) has upheld the right to peaceful protest against the law but also cleared that public ways and public spaces cannot be occupied and that too indefinitely.

The Election Commission has revised norms for star campaigners for polls during the pandemic.

If a candidate or her election agent shares the stage with a star campaigner at a rally, then the entire expenditure on that rally, other than the travel expenses of the star campaigner, is added to the candidate’s expenses. 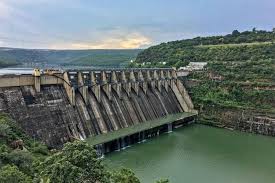 The Centre recently said that it will determine the jurisdictions of the Krishna and Godavari river management boards (KRMB and GRMB). 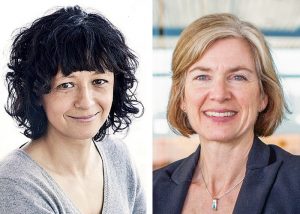 Emmanuelle Charpentier of France and Jennifer A Doudna of the USA have been awarded the 2020 Nobel Prize in Chemistry for developing CRISPR/Cas9 genetic scissors, one of gene technology’s sharpest tools. 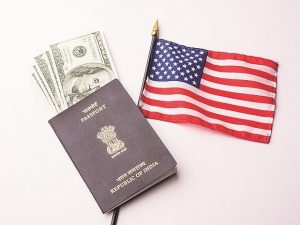 The United States has issued new rules that make it harder for US companies to employ people on H-1B nonimmigrant visas.

The World Bank in its biennial Poverty and Shared Prosperity Report mentions that Covid-19 can add around 27-40 million new poor in Sub-Saharan Africa and around 49-57 million in the South Asia region.

The “new poor” will:

Percentage of Population: The pandemic and global recession may cause over 1.4% of the world’s population to fall into extreme poverty.
Extreme poverty: It is defined as living on less than $1.90 a day. The World Bank measures poverty lines of $3.20 and $5.50, and also a multidimensional spectrum that includes access to education and basic infrastructure.
Increase in Rate of Poverty: Global extreme poverty rate is projected to rise by around 1.3% to 9.2% in 2020. If the pandemic would not have been there, the poverty rate was expected to drop to 7.9% in 2020.

1.Assam Cabinet has decided to request the State Election Commission to schedule the Bodoland Territorial Council election in December.

2.On March 23, the Shaheen Bagh sit-in protest against the citizenship law was cleared by Delhi police after curbs were imposed on assembly and movement of people in wake of the coronavirus pandemic. The protest had been on for more than 100 days.

4.The Cabinet Committee on Economic Affairs (CCEA) chaired by the Prime Minister has approved the Policy framework on reforms in the exploration and licensing sector for enhancing domestic exploration and production of oil and gas.

6.Google is facing a new antitrust case in India. It is alleged to have abused its Android operating system’s position in the smart television market.

7.The Cabinet has approved the reforms to push the usage of Natural Gas.