Traffic Crash Injuries and Disabilities: The Burden on Indian Society”: 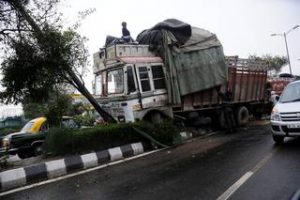 The World Bank recently published its report titled “Traffic Crash Injuries and Disabilities: The Burden on Indian Society”. This report was released by Union transport minister, Nitin Gadkari, on February 13, 2021. The report mentions the disproportionate impact of a road crash on poor households. It also throws light on the links between poverty, road crashes, inequality, and vulnerable road users across India.