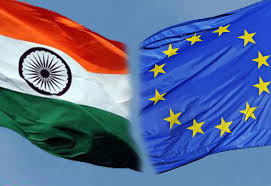 The 11th India-European Union macroeconomic dialogue was held in the virtual mode on February 19, 2021.

The 11th India-European Union macroeconomic dialogue held discussions on all the dimensions of mutual interest including the political, economic, environmental, research & innovation, trade & investment, and security.