4-Tier Structure for Regulation of NBFCs: 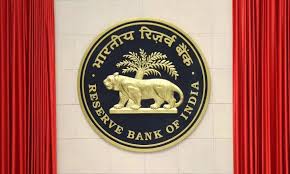 The Reserve Bank of India (RBI) has proposed a tighter regulatory framework for Non-Banking Financial Companies (NBFCs) by creating a four-tier structure with a progressive increase in the intensity of regulation.

It has also proposed the classification of Non-Performing Assets (NPAs) of base layer NBFCs from 180 days to 90 days overdue. Earlier in 2020, the RBI announced a host of measures to provide liquidity support to NBFCs. The Department of Non-Banking Supervision (DNBS) of RBI is entrusted with the responsibility of regulation and supervision of NBFCs under the regulatory – provisions contained under Chapter III B and C and Chapter V of the Reserve Bank of India Act, 1934.

Proposed Classification of NBFC (The Four-Tier Structure): The regulatory and supervisory framework of NBFCs should be based on a four-layered structure: