59th Anniversary Of The Battle Of Rezang La: 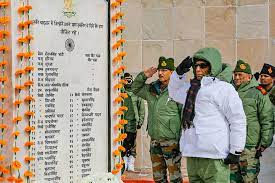 November 18 marks the 59th anniversary of the Battle of Rezang La. A memorial was inaugurated on the occasion.

Significance of the region: