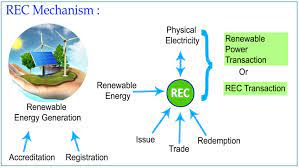 Union Minister of Power and New & Renewable Energy has given his assent to amendments in the existing Renewable Energy Certificate (REC) mechanism. The intent behind this decision is to align the ‘mechanism’ with the emerging changes in the power scenario and also to promote new renewable technologies.

The Salient features of changes proposed in revamped REC mechanism are: