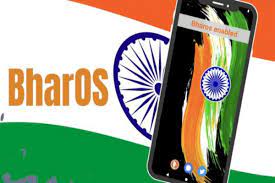 BharOS, an indigenous mobile operating system was developed by JandK Operations Private Limited, a non-profit organization incubated at IIT Madras and funded by the Department of Science and Technology.