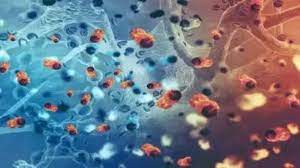 The Kerala Health Department recently confirmed two cases of the gastrointestinal infection Norovirus in class 1 students in the Ernakulam district.