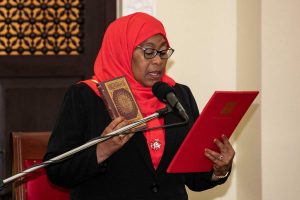 Samia Suluhu Hassan is a member of the Chama Cha Mapinduzi (CCM) party that is currently ruling the country. She is Tanzania’s first female president.