Blue-finned Mahseer: Moved From Endangered To The Least Concern Status: 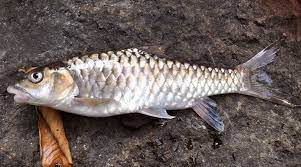 The International Union for Conservation of Nature (IUCN) has moved Blue-finned Mahseer from Endangered to the Least Concern’ status on its Red List.