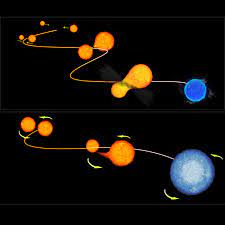 Scientists at Indian Institute of Astrophysics, Bengaluru, have found support for one way to understand peculiarity about Blue Straggler Star.