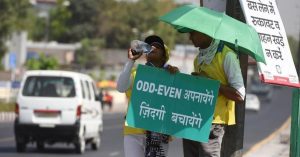 After implementing a series of anti-pollution measures to control the plummeting air quality index (AQI) in Delhi, the Aam Aadmi Party government is also considering bringing back the ‘odd-even’ vehicle rationing scheme.