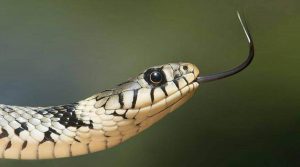 A study published in Nature Communications recently estimated that a vast majority of snakebite deaths globally — up to 64,100 of the 78,600 deaths — occur in India.