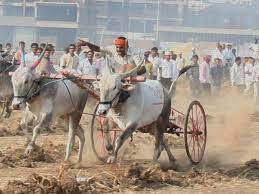 The Supreme Court has allowed Maharashtra to hold bullock cart races in the state till the pendency of the matter before the constitutional Bench of the apex court. It is a 400-year-old tradition.