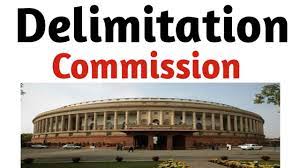 A plea has been moved in the Supreme Court by two Kashmir residents challenging the Centre’s decision to constitute the delimitation commission for redrawing the assembly and Lok Sabha constituencies in Union Territory of Jammu and Kashmir.