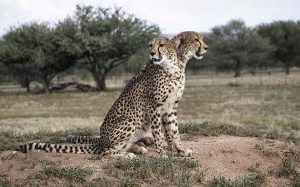 The cheetah, which became extinct in India after Independence, is all set to return with the Union Government launching an action plan.