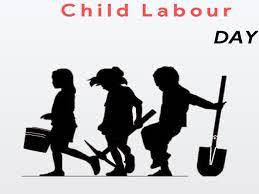 The United Nations observes June 12 each year as the ‘World Day Against Child Labour’ to bring attention to the evil practices of child labour across the world.