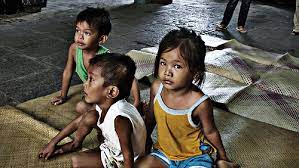 In a significant milestone, India has achieved landmark achievement in further reduction of child mortality rates.