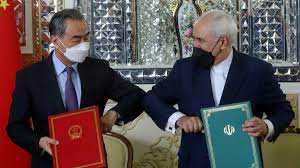 China would begin implementing a strategic agreement with Iran, strengthening economic and political cooperation between the two countries as Beijing blasted Washington’s sanctions on Tehran.