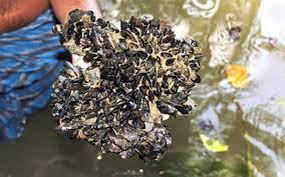 Fishermen of Pulicat and Ennore are raised concerns over the spread of an invasive species of mussel that is a threat to the prawns of both waterbodies.