Consent Of AG On Contempt Proceedings: 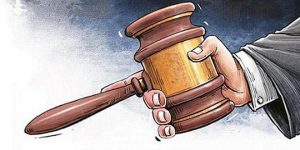 The Attorney General for India KK Venugopal recently declined to grant consent to initiate criminal contempt proceedings against the National President of Azad Samaj Party, Chandra Shekhar Azad for his comments levelling allegations against the judges of the Supreme Court.