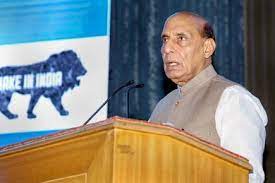 The Ministry of Defence has released the third positive indigenisation list of 101 items, comprising major equipment/platforms.