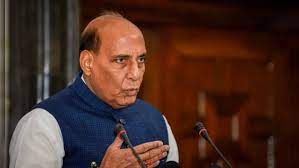 Defence Minister Rajnath Singh approved the third Positive Indigenisation List (PIL) of 780 strategically important line replacement units (LRU), sub-systems and components, with a timeline beyond which they will only be procured from the domestic industry.