What Is Buddhist Circuit? 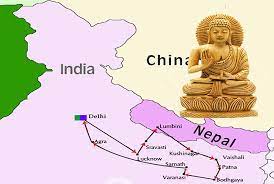 Centre has planned major infrastructure push for Buddhist Circuit. The Union Tourism Ministry has aggressively started tourism promotion with participation of the industry stakeholders, especially after the dramatic improvement of Covid situation in the country and achievement of vaccination targets.