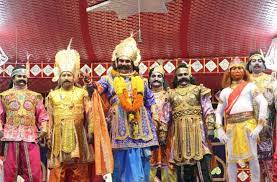 The ‘Dhanu Yatra’ festival, considered to be the world’s largest open-air theatre, has commenced recently in the Western Odisha town of Bargarh.