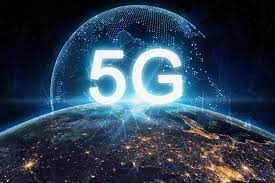 According to the recently released ‘Ericsson Mobility Report’

Features and benefits of the 5G technology: