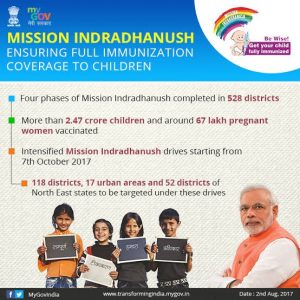 Two rounds of Intensified Mission Indradhanush (IMI) 3.0 of 15 days’ duration were conducted recently, to reach out to the pregnant women and children who missed vaccination under routine immunisation programmes in 250 districts across 29 states/UTs.