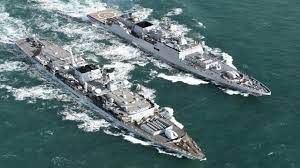 Other Exercises between India and UK: