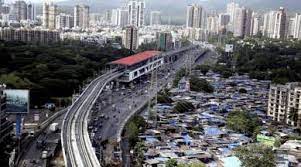 The report, titled “Financing India’s Urban Infrastructure Needs: Constraints to Commercial Financing and Prospects for Policy Action” was released by the World bank.